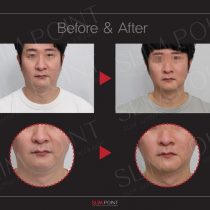 Removal of excess fat has always been the obsession of many people who would like to be physically fit and trim. But when conventional methods fail to deliver results, they think of alternative means of removing it. One such therapy which has gained in popularity during the past few years has been the use of Lipolysis Injection. This had been found to be effective after long years of developing a product that has the least side-effects to the patient. Natural Lipolysis is a process of breaking down triglycerides into glycerol and fatty acids.

Lipolysis Injection is a cosmetic procedure which is meant to cure or reduce excess amount of fat. Certain drug mixtures are inserted into the fat deposits of a patient. It is a natural substance containing an enzyme that is extracted from soybeans to break down unnecessary fats. Injection Lipolysis acts by breaking fat cells and minimize fatty tissues which helps in tightening the skin. Lipodissolve is a non-invasive procedure which permanently removes fat. It is a procedure where local anesthesia would be sufficient to treat the person.

Lipolysis Injection commences upon dissolving fat content and removed from the system through metabolic process. Most areas where accumulated fat can give the person either an old look or cosmetically unappealing are places like chin and jowl where the accumulation of fat habitually takes place. No amount of exercise can help in removing it and make the face look attractive. In such situations, Lipolysis injection can be of help.
Normally the treatment would spread over a period of two to four weeks with an interval if necessary according to the instruction of the specialist. This of course is dependent upon the extent of fat deposit in the affected portion. Specialists may usually prescribe individualized formations from compounding pharmacies for
effectiveness of the treatment. Branded concoctions need not necessarily be effective to some people which necessitate individualized formations.

It has been found in practice that the normal kind of side-effects are usually redness, swelling, bruises like formation and muscle pain. Today, majority of the patients have exhibited signs of improvement in reduction
of excess fat treated through Lipolysis Injection. It is an effective and safe medical procedure especially for the ones who are reluctant to undergo a surgery. The concept of Injection Lipolysis was initially introduced in Italy back in the year 1980. However, it gained immense popularity across South America. This medical
procedure is very helpful in eliminating localized fat deposits. The experiment was performed primarily to exhibit the effectiveness of injection Lipolysis in order to cut down the excess amount of fat present in the belly.
The medical procedure produced remarkable results with a drastic reduction in fat deposits present at the upper belly, lower belly, upper arms and even thigh. Facial treatments also displayed mind blowing output. There were absolutely no signs of harmful side effects followed by the treatment. Fat re-enlargement was also absent at the period of study.

However, transitional PPC Lipolysis Injection would not benefit people with loose skin or poor tone. Usually, people would feel pain which is not the case with Slim Point and unlike other products; results are visible with just a single session. Other therapies would need at least three to five sessions spread over two weeks due to the prevalence of swelling which is not the case with Slim Point. The usual method of treatment has been by using Injection Lipolysis which are branded products or proprietary formulations created by specialized pharmacies.
In all such injections, the common content is phosphatidylcholine (PPC). Injection Lipolysis targets the subcutaneous fat and the success depends upon the depth of injection. Areas which could be cured via Lipolysis Injection.

Slim Point is a new generation of lipolysis injection that is specific design for fat melting along with a very strong skin tightening effect, is different from traditional PPC lipolysis, traditional lipolysis which is painful, easy to swollen, and slow in effect, Slim Point lipolysis solution improved all these disadvantages. Slim Point has high safety, quick results and no side effects. It has been approved by KFDA in Korea and has no adverse reactions after use. The effect can be seen in only 2 days after the first session! The world’s first active ingredient that adds Cyanocobalamin, Bromelain and Lecithin that promotes fat decomposition and excretes quickly, and simultaneously improves the shape after tightening. It can be used for facial obesity, double chin, excessive body fat and so on.  Cyanocobalamin can accelerate fat metabolism, it also promotes blood circulation and reduces swelling. Slim Point also contains Bromelain which is an enzyme found in pineapple juice and in the pineapple stem. Bromelain is used for reducing swelling (inflammation), especially after surgery or injury. The enzymes in bromelain can increase the speed at which the body digests fats.  Lecithin melts fat cells and eliminates it from the body.

Slim Point Injection Lipolysis is a non-invasive technique to remove unwanted fats which is
considered impossible via constant work-outs. Some of the advantages of
Injection Lipolysis are as follows:
 It is a versatile medical procedure
 Fast and effective treatment
 It has a long-lasting effect on the patient

Treatment
The patients are requested to consult the concerned specialist before appearing for the treatment. During the initial stage, they draw the areas and images of those affected parts are taken. The physician makes use of an ultra-thin needle and inserted into the specific parts. As a result, the fat cells are removed while there is a considerable reduction in the amount of fat. The skin gradually retract and regain its original shape. This would in turn develop a smooth and homogenous surface. It would take approximately eight weeks to complete the
entire process. In order to obtain best results, about two to three treatments is required. The fact is that some patients would experience swelling, bruises and itching followed by the treatment which would soon recover after a few minutes.